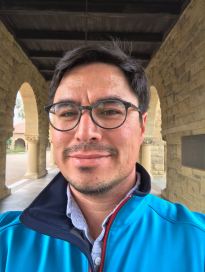 José grew up in Reseda, CA in the former orange orchards of the San Fernando Valley.  He got his BS from UC Berkeley in Plant Biology and Genetics in the Department of Plant and Microbial Biology and worked as an undergraduate intern in the lab of Robert L. Fischer.  He received an HHMI pre-doctoral fellowship and went to UC San Diego to get his PhD working in the labs of Detlef Weigel at the Salk Institute for Biological Science and Martin F. Yanofsky in the Division of Biology, UCSD.  His work focused on the cloning and characterization of JAGGED and NUBBIN in flower and fruit development.  He went to Duke University as a Ruth Kirshstein post-doctoral fellow to work in the lab of Philip Benfey.  There he utilized Fluorescence Activated Cell Sorting (FACS) to develop the first tissue-specific map of transcriptional changes occurring during abiotic stress.

José established his independent lab at the Temasek Lifesciences Laboratory (TLL) in Singapore with a joint appointment at the National University of Singapore, Department of Biological Sciences. He was an inaugural fellow of the National Research Foundation, Singapore.  José moved his lab in 2011 to the Carnegie Institution for Science, Department of Plant Biology and was a Staff Member until 2017. In 2018 José became an Associate Professor in the Biology Department at Stanford University and the lab now resides on the 2nd floor of the Gilbert Building.

José is the incoming Director of Graduate Studies in the Biology Department, the incoming chair of the Membership Committee at the American Society of Plant Biologists, an elected member and Treasurer of the North American Arabidopsis Steering Committee, an HHMI-Simons Faculty Scholar and a 2017 Science News SN10 Scientists to Watch.  When José is not thinking about the roots of environmental responses he enjoys spending time with his family, cooking and fiddling with his guitars. 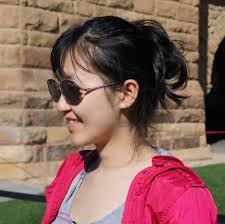 Lina is a former graduate student and current research scientist in the lab.  Lina’s PhD work in the lab showed that the endodermis is an important signaling center during the regulation of lateral root growth in high saline conditions.  She has worked to understand the role of photosynthesis in promoting root branching and will be transitioning to a project characterizing ABA-controlled gene regulatory networks across the Brassicaceae family. 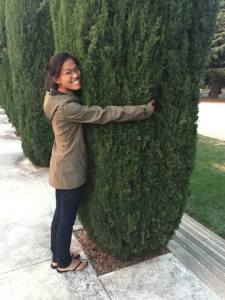 Therese is a graduate student originally from Boston, MA. She completed her undergraduate degree at Skidmore College and did internships at The Donald Danforth Plant Science Center and Cold Spring Harbor. When she’s not “partying with trees”, Therese is battling robots (GLO-Bot) and devising computational methods for image analysis and large-scale data processing. 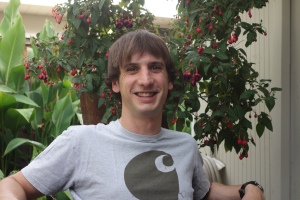 Josep or “Pep” comes to us from the lab of Ana Caño-Delgado’s lab at the Center for Research in Agricultural Genomics in Spain where he studied the role of BRAVO in regulating Brassinosteroid responses and root development.  He is deftly moving his studies to single-celled organisms such as Chlamydomonas to identify key regulators of osmo-signaling. Bravo, Pep! 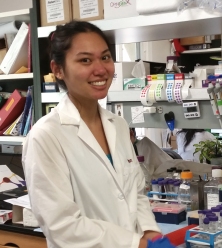 Ying comes to our lab from Las Vegas where she learned that what happens in the Dinneny lab stays in PNAS, Plant Cell and eLife ;-). Before joining the Stanford Biology program she  did her Bachelor’s at UCSD, working in the lab of Steve Kay at odd hours providing manual automation for their circadian studies.  Today she is starting a new project in the lab to understand how ABA-dependent gene regulatory networks evolve in the Brassicaceae to confer salt tolerance in halophytes. 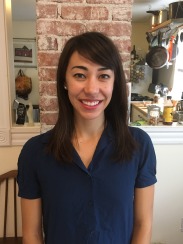 Jenn is a Cal grad (“Go Bears!”) and received her PhD from MIT working with synthetic biologist extraordinare Chris Voigt where she developed methods to tune gene expression and engineer recalcitrant species of bacteria.  Jenn has been adapting the synthetic biology tool kit for use in plants and is using these resources to develop synthetic morphologies to test structure-function hypotheses.  Recently Jenn was awarded a Burroughs Wellcome Fund CASI grant, which will help jumpstart her future independent research. 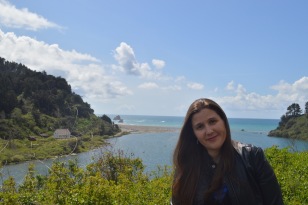 Tamara comes from Spain where she worked with Carmen Castresana studying the role of Oxylipins in the regulation of growth and the cell wall.  Being interested in how walls are built she decided to come to the US (pre-Trump!) for a postdoc with Carnegie’s former director Chris Somerville at the Berkeley Energy Biosciences Institute where she studied novel factors controlling cellulose biosynthesis.  Tamara is our live imaging expert and is using these skills to understand the relationship between local tears in the cell wall that occur under salt stress and intracellular signaling that protects the cell. 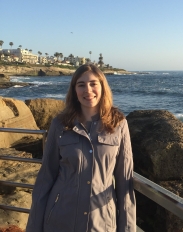 Jazz joined our lab as a visiting post-doc from Philip Benfey’s group at Duke University.  Jazz is a Beckman Fellow and interested in how derivatives of the carotenoid biosynthetic pathway function as signaling compounds to affect root system architecture.  With training in chemistry, she has bonded tightly with the members of our lab.  Jazz has recently accepted a position as an Assistant Professor in the Division of Biological Sciences at UC San Diego and will be starting her lab there in the Fall of 2020. 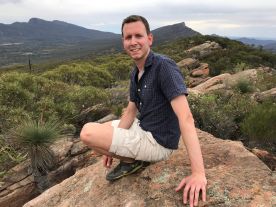 Johannes is our resident physiologist and is proud to say “Physiology is NOT boring!”  He did his PhD at the University of Adelaide in Stephen Tyerman’s lab studying water deficit in wine grape and Arabidopsis.  In our lab he is characterizing genetic variation in hydropatterning in maize and battling squirrels to study the in-field relevance of this newly discovered environmental response. 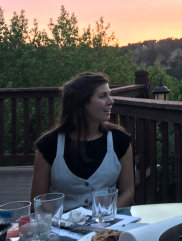 Katie was an undergraduate at UC Santa Cruz and joined our lab as a technician working on our efforts to engineer root system architecture.  Katie has done a fantastic job keeping the lab organized and making it possible for us to move to Stanford with minimal stress. 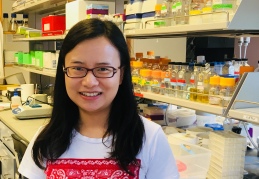 Yue heralds from Charlie Anderson’s group at PSU where she studied a number of roles for the cell wall in plant and stomatal development.  Her work is now focused on determining which components of the wall are important in the osmotic stress sensing.  Legend has it that when she is not on the confocal she might be found in another darkened room singing Karaoke. 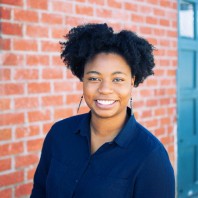 “Where’s the beef?”  Carin can tell you it’s not in the Beyond Meat burger, which uses advanced food science to create a more sustainable future through reducing meat consumption.  Carin worked there to develop meat-substitutes with defined physical properties that end up being Tasty.  She’s now focused on root slime (mucilage) and how this mysterious substance helps roots interact with the abiotic and biotic world.

A picture is worth a thousand words, but to Kevin, it’s much more interesting to take a thousand pictures.  Kevin is an avid photographer but his interest in the lives of other organisms goes beyond that and he is now focused on studying the underground lives of root-associated microbes using advanced engineering approaches and confocal microscopy.  Stay tuned for his next cover-worthy picture. 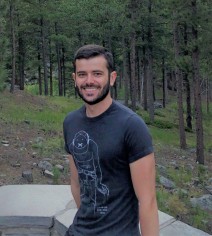 Will is originally from Içara, a small town in southern Brazil and went to undergrad at the Federal University of Santa Catarina. Many moons ago, will completed a summer internship at the Carnegie Institution for Science in the Dinneny Lab, and enjoyed it so much that he applied for graduate school at Stanford. (his words not mine) Go us! Now a full member of the lab, Will is interested in understanding the mechanisms by which plants respond and adapt to biotic and abiotic changes to their environment 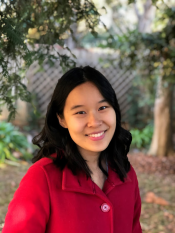 Nancy is a rising senior at Stanford focusing on Sustainable Food and Agriculture through the Earth Systems program.  She has already establish a broad range of research experiences including working in Tad Fukami’s group studying community ecology of floral nectar.  She has joined forces with Johannes to characterize the root anatomical changes that are induced in response to water in maize using confocal microscopy.  Luckily the squirrels haven’t found a way to open the confocal room door…knock on wood.

One thought on “Lab Members”